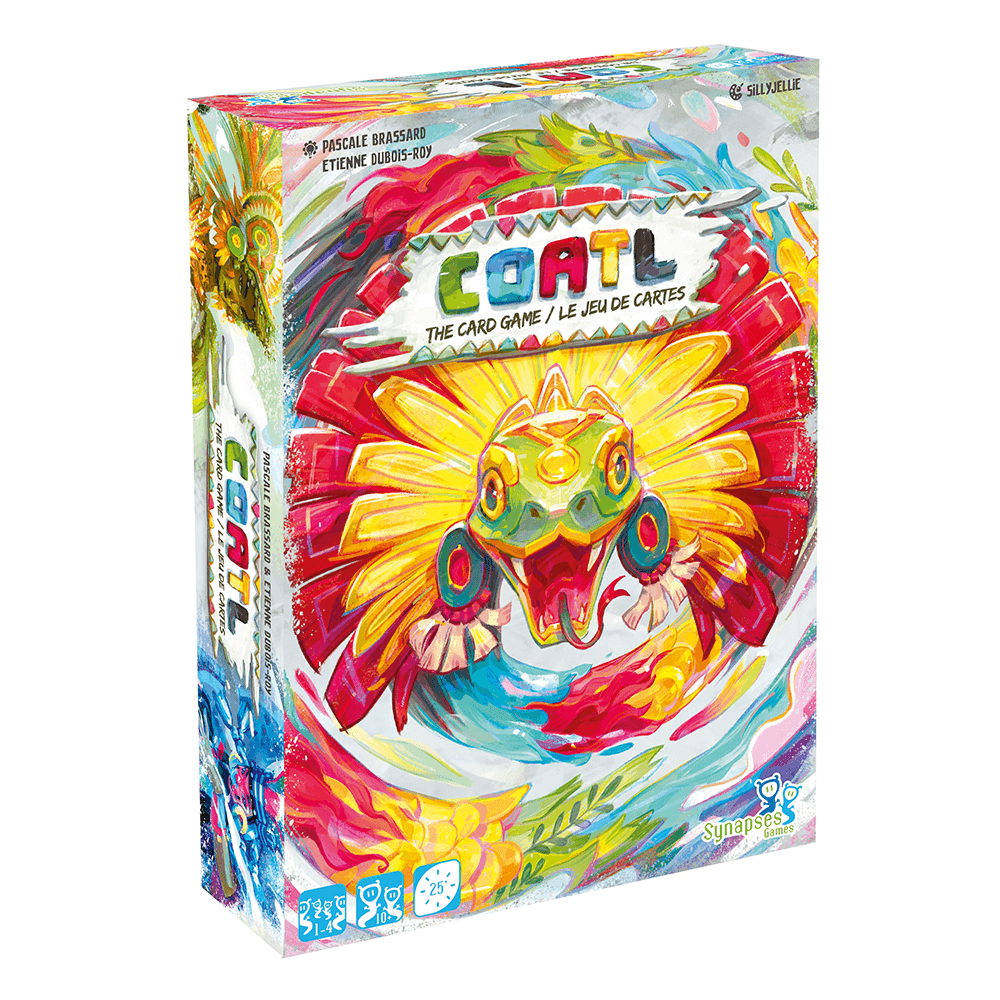 A temple in honor of the gods has just been erected in the heart of an Aztec city. The walls inside this place of worship are to be decorated with paintings of feathered snakes to pay tribute to the gods. An election will be held to determine who is the empire’s most celebrated Cóatl painter so that they may have the honor of decorating the temple walls.

In Cóatl The Card Game, players try to paint the most beautiful and valuable serpent they can. The serpent (or Cóatl) is made up of a Head, a Tail, and 8 Body cards.

During their turn, players will play 2 cards to create, then claim, any available patterns on the Prophecy cards. If you complete a Prophecy card that has already been claimed by another player, you will steal it and display it in front of you. You score more points if you create the same pattern multiple times and you may eventually be able to protect that Prophecy card so that it can no longer be stolen.

One game lasts 5 rounds. Players can earn additional victory points if they fulfill the requirements listed on a Temple card. When the last player completes their Cóatl, the player with the most victory points wins.

Cóatl The Card Game also has a solo mode and includes the Golden Feathers expansion, which is compatible with the Cóatl base game!