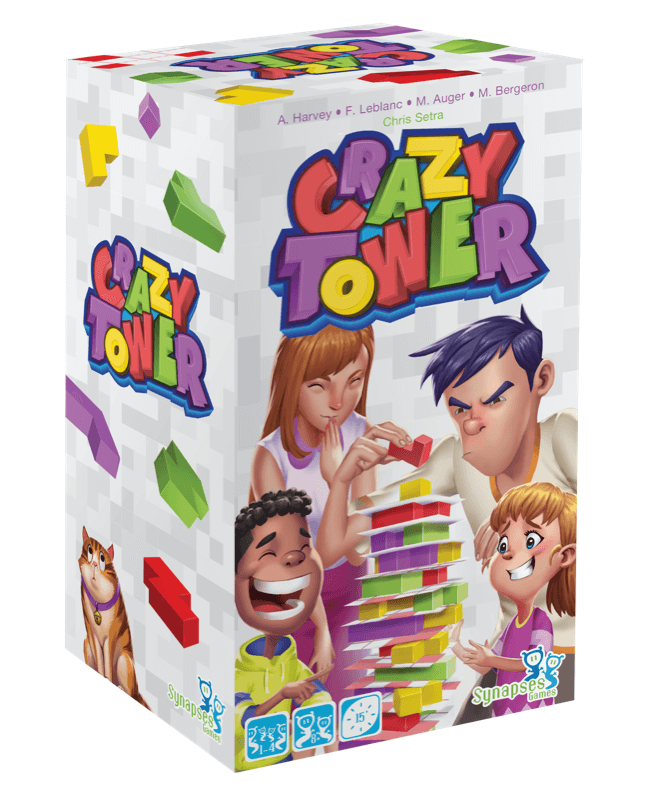 Crazy Tower is both a strategy game and a dexterity game. It boasts three different game modes: competitive mode, saboteur mode, and solo mode. No matter which one is played, the end goal remains the same: to build a tower by strategically placing blocks on floor cards. The game ends when the tower collapses or when a player succeeds in placing all of their blocks.

These different game modes change up the game’s dynamic and the strategies players will use. Players interact quite a lot during a game. Special boxes on the floor cards such as the play-again box, the exchange-a-block box, or even the remove-a-block-from-the-tower box can completely turn the game around and easily render the tower unstable.

Each game is guaranteed to generate a ton of laughter and excitement! 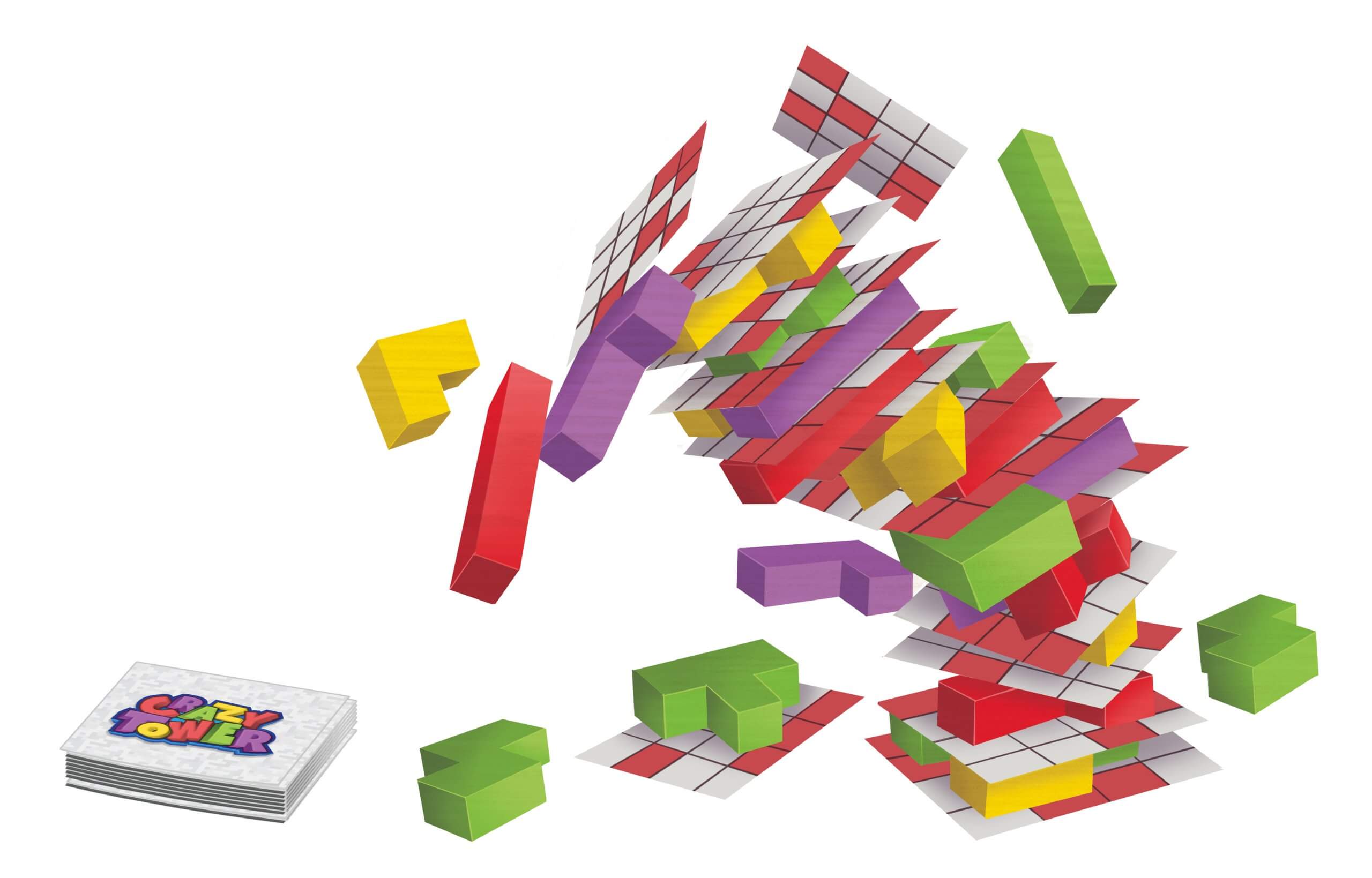