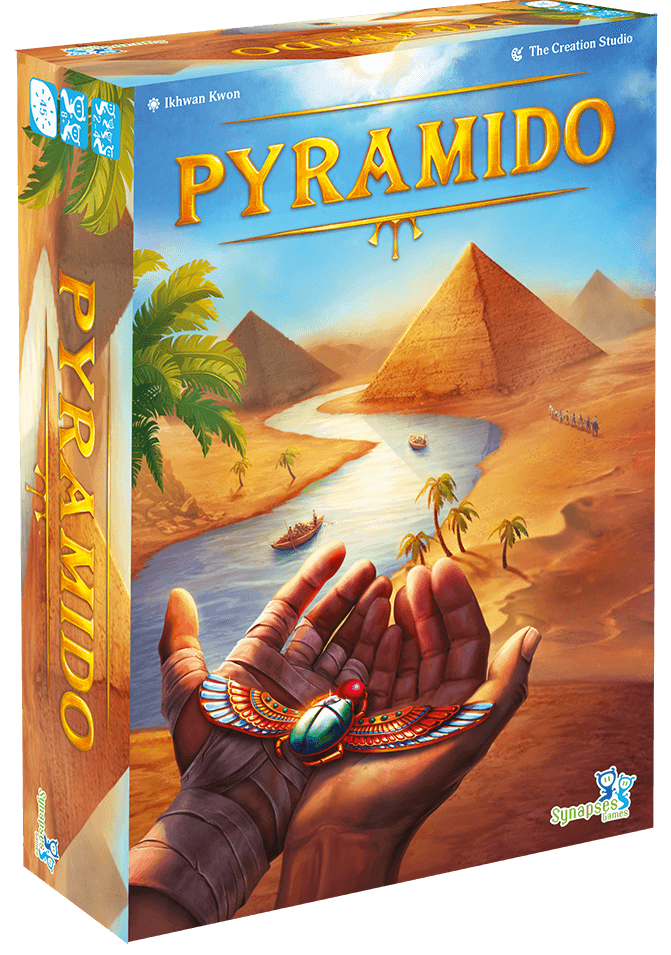 The great pharaoh Mino is dead, and the throne falls to his eldest son: pharaoh Mido. Mido, dissatisfied with the simplistic appearance of the pyramid in which his father was buried, is concerned about is own legacy. He wants his tomb to perfectly reflect his majesty and has decreed that 2-4 architects must build jewel-encrusted pyramids.

In Pyramido, the multi-level scoring game, players try to build the most impressive pyramid possible. The pyramid will be composed of 20 Dominoes distributed on 4 stages.

During the game, players must build a pyramid and place Jewel markers on it. When a stage is completed, it will be evaluated, and prestige points will be awarded to the architects.

During is turn, the architect must choose and place a Domino on his pyramid and, if possible, mark the Domino by placing a Jewel marker on it. Once the stage is completed, it will be evaluated, and prestige points will be awarded.

Once the pyramids are completed, the architect with the most prestige points wins the game.